Annuity Investments Can Offer Some Guarantees

By John W. Homer, CLU
During the latter part of the last century, investing in either stocks or bonds made almost anyone look like a genius. With interest rates falling, the stock market grew to exciting levels and fixed income investments appreciated steadily.

Even the threat of the Y2K disaster did nothing to dampen the investment environment where double digit annual returns were not only hoped for but expected. Then in March of 2000, things took a change. Few believed it would last long. Many advisors had never lived through a bear market. They were in for an eye-opening ride.

The next two and a half years saw equity values drop sharply. The darling stocks of the 1990’s became the biggest bombshells of the 2000’s. Some investors lost 40% – 60% of the value of their investments. The majority of diversified mutual funds responded in the same way. Those who were invested in certain dot-com companies saw an erosion of 80% or more of their investment values.

There were many people, however, whose investments didn’t participate in those market losses. In many instances they not only avoided losses but experienced increases during this same turbulent time. By 2003, when many people had seen their 401(k) balances reduced by 40-50%, these people were delighted with the contractual annual growth in their accounts. Their money was invested in annuities, backed by insurance company guarantees that provided contractual gains while avoiding market losses.

Some investment advisors steer their clients away from annuities because some of them are more costly than traditional investments. But some annuities have no, or very low, annual fees. Those who had purchased these annuity contracts were not complaining about the expenses when they saw gains in their investments at the same time that others were experiencing huge losses and/or were bailing out of the market entirely.

Annuities come in different varieties. Some are designed to grow assets; some are designed to provide lifetime income; and some are designed to guarantee the return of all amounts invested.* Annuities are available for qualified retirement accounts as well as non-qualified investments. Annuity earnings and/or growth compound on a tax deferred basis. Annuities may have a minimum investment period, a surrender charge that may be applied if the contract is surrendered early, and potential fees depending upon the contract and benefits selected. A qualified insurance professional can help you understand the advantages and disadvantages of annuities as compared to other investments.

Annuities are not for all investors. The tax provisions are more attractive for some than for others and each annuity has both advantages and disadvantages. All guarantees are subject to the claims-paying ability of the underlying insurance company that issues the equity index annuity. Read the contract carefully before investing. For more information, contact Oxford Financial Group 801-595-1730.

* All guarantees are subject to the claims-paying ability of the underlying insurance company that issues each annuity. Read the contract carefully before investing.

Contact us and call Oxford Financial Group, Inc. if your retirement plan is lacking something. We are here to help. 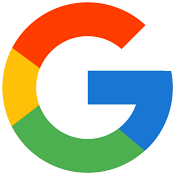 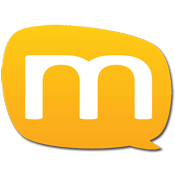 Copyright © 2021 · OXFORD FINANCIAL GROUP, Salt Lake City, Utah.
Check the background of your financial professional on FINRA's BrokerCheck. Oxford Financial Group is a branch office of DFPG Investments, LLC. Investment Advisory Services offered through TownSquare Capital LLC, an SEC registered investment advisor. Securities offered through DFPG Investments, LLC. Member FINRA/SIPC. All named entities are unaffiliated. TownSquare and its representatives do not provide tax or legal advice. Each taxpayer should seek independent advice from a tax professional based on his/her individual circumstance. The opinions expressed and material provided are for general information, and should not be considered a solicitation for the purchase or sale of any security. The firm only transacts business in states where it is properly registered, or is excluded or exempted from registration requirements. SEC registration does not constitute an endorsement of the firm by the Commission nor does it indicate that the advisor has attained a particular level of skill or ability.